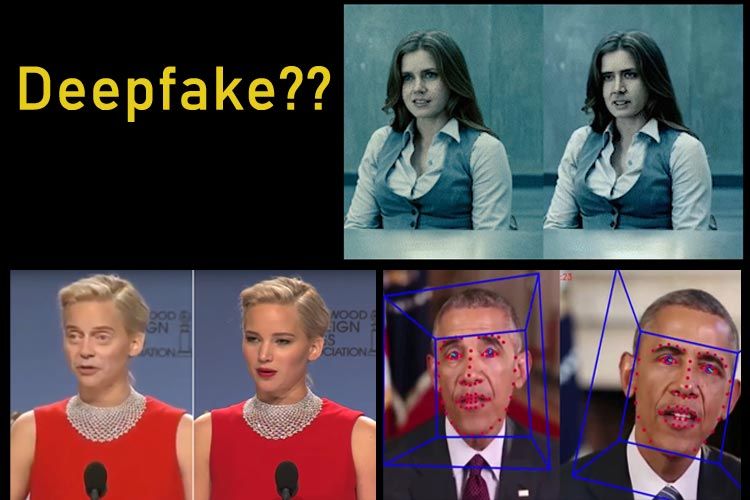 You’ve probably heard the phrase, that when the purpose of a thing is not known, the abuse is inevitable. It is true that deepfake could make internet users doubt many of those things they see on the internet.

However, the good intentions about deepfake are unquestionable because it’s a great tool in the movie industry and for personal use. It is also used for creating captivating roles such as film tricks and the like.

That being said, some people have used the technology to manipulate and create different images, videos, and characters of popular actors which are tricking internet users into believing fake stories. Now let’s discuss the nitty-gritty of deepfake safety and why deepswap is safe.

What Deepfakes Are Used For

Deepfake is used for deepswap of people’s facial appearance, body shape, voice transformation, and character mimicking for the fun of it. In the entertainment industries, it is used in movies for performing film tricks and also for swapping celebrities’ faces in social media short videos.

Due to the negative intentions behind the use of deepfake by some creators, it is now believed that the idea of deepfake seeks to deceive viewers on the internet.

However, the good use in the production of animated videos, movie effects, and individual engagements can not be annulled.

How Deepfakes Are Made

There is more than one way or method to create deepfakes. It relies on the power and potential of deep learning(artificial intelligence) and generative adversarial network (GAN) systems, which are used for facial generation and manipulation.

The algorithm is structured to use two neural networks — one for pattern recognition and the other for learning how to differentiate what is real from fake ones.

Ai system uses encoder and decoder algorithms that deepswap the face or body pattern of an individual. The encoder finds out the similarities, while the decoder swaps or overrides the original image.

This enables easy interchanging of one body over another. An example of software or website that can achieve this process is deepswap.ai

How Do I Spot Deepfake Projects?

Since deepfake projects are beginning to call attention, many have asked if it is possible to spot deepfake images and videos. This is why deepfake safety is being questioned.

Some deepfake projects are easily noticed, while some with powerful software are very difficult to differentiate.

Some deepfake videos had been identified due to the irregular blinking or movement of the eyes, unnatural hair, and inconsistent head, movement, and positions.

As we have the good parts of deepfake projects, there are also some bad and fraudulent ones to watch out for.

Tom Cruise’s short video on TikTok is an example of a deepfake created for the fun of it. While the fraudulent trick of over $240,000 on the CEO of a British Energy Company through a deepfake voice resemblance is a bad use of deep swap.

Deepfake safety is not a question of debate. As it is known today that the internet as a community is a threat but useful for human exposure as well.

Deepswap also plays the same role as an open-source community for people to engage in their projects, but intentions are different.