What Are the Application Values of Deepfake? 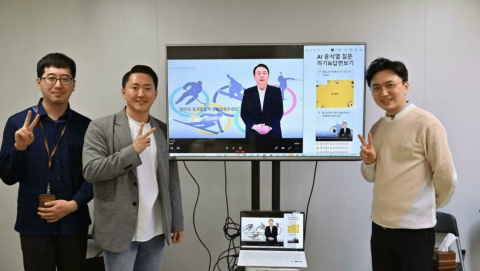 Since 2019, deepfake technology has grown in popularity. It primarily employs deep learning technology and GAN to learn how faces appear from various angles, and when a face needs to be replaced, it can switch naturally, much like a mask. The most important thing is to select the appropriate material. The better the final results, the more closely the two facial features match.

Many people are curious about the application values of deepfake, as the technology is frequently mentioned.

You might see various kinds of celebrity deepfake videos for entertainment on social platforms, like Obama’s fake video, or @deeptomcruise on TikTok which attracted 3.4M followers. We can say this is currently the most popular form of deepfake on the Internet.

Some reface apps and websites that have been in the limelight recently, such as FaceApp, Facemagic, and Reface, which are very popular among young people.

FaceApp: The AI-driven photo-editing application that offers more than 60+ filters. And the viral AI transformation that stormed the Internet ever.

There are many high-quality short videos, pictures, and GIFs available for face swapping in these apps, and users can choose to become their favorite celebrities or movie characters, such as Iron Man, Spider-Man, the Kardashian Sisters, and so on. Many users will share these deepfake generations on social media, and some of them may receive a large number of likes.

FaceMagic: It claims to allow users to make AI face swap videos in just a sec with one selfie, making deepfake tech accessible for everyone.

There is also a nice online tool like DeepSwap. The front page of their website presents a face swap video, where a man’s face is replaced with Hannah Palmer’s sexy body, and you can directly witness the magic of this technology.

2. Promoting the Development of the Film Industry

In the film industry, there are also studios dubbing films for export by using deepfake technology, swapping the lips, facial expressions, and voices of the actors speaking in another language directly onto the faces of the original film characters.

Over 2 months ago, deepfake has been used in the Korean election.

One of the campaign teams used it to make a digital human avatar called AI Yoon for the presidential candidate and passed the approval of South Korea’s official election regulator, which produced many campaign deepfake videos and won the support of a large number of young voters. This should be the world’s first officially recognized deepfake political candidate.

Last year, the MyHeritage App created much of a stir on social media worldwide. They provided an AI face generation service, and users can upload pictures of their deceased relatives to create moving images. The relatives in the video can make a series of actions such as blinking, smiling, nodding, etc. People will get a visual effect of being face-to-face with a “living person”. It is no longer a fantasy to make the deceased “alive” with the help of AI deepfake.

The deepfake technology is moving forward, and It’s not difficult to imagine that with the popularization of deepfake, Internet users will have more choices and innovations in different application situations. It’s a future where you have more freedom and more creative possibilities.