What Is Deepfake AI? How to Make a Deepfake? 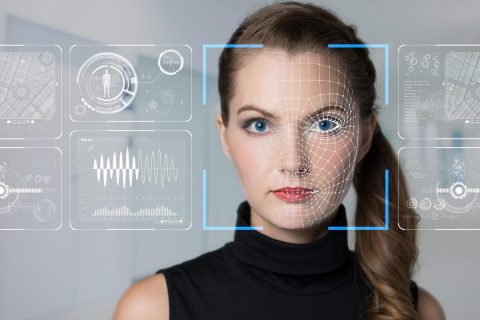 What Is Deepfake AI?

Deepfake AI is a realistic substitution of the photo, audio, and video materials created using artificial intelligence and neural networks.

A deepfake is a video or a photo in which one person’s face is replaced by another using AI or machine learning algorithms.

Deep (consisting of many layers) neural networks allow you to build multi-stage information processing algorithms. With the development of this technology, machines have gained the ability to self-learn.

AI is taught to recognize people’s faces, features, and facial expressions. The technology involves the synthesis of several images of a person from different angles. The algorithm analyzes the photo and learns how the person moves, gesticulates, and speaks, and then creates a video of this person, just like the real one. This is the essence of the Deep part.

As for the Fake part, the created face of a person was “pasted” on a video or photo with another person. And you can even make him say whatever you want. At the same time, a high-quality deepfake is difficult to distinguish from an original one.

How Does it Work?

To create a deepfake AI video, you need two neural networks. The first network is responsible for generating images, and the second one is to distinguish original images from fake ones. Having identified a fake, the second neural network sends this image to the first one “for revision”. Thus, learning takes place.

Open libraries and machine learning algorithms are used to train neural networks. In addition, YouTube is actively used. Therefore, there are more than enough materials for AI deep learning, and the result of its work is as plausible as possible.

What Are the Applications of Deepfake?

Deepfake AI is an exciting tool widely used in various fields today, such as the film industry, Internet memes, advertising, and entertainment.

Probably, the most striking and famous example of the use of deepfake is the movie Avatar. It was in it that the technology of transferring human emotions to an animated character was first used. But since the release of “Avatar”, the technology has improved greatly, thanks to the development of AI. It is no longer necessary to apply anchor points to the character’s face, and the generation of the video takes only a few days.

Thanks to deepfake AI, you can return the departed actors to the screens. For example, James Dean, who died in 1995, is planning to be “returned” to the action movie Finding Jack.

Actor Paul Walker died in a car accident while filming the famous movie Furious 7. In order not to close the project, the producers decided to replace Paul with partly computer graphics, where the deepfake AI technology was used.

In addition, deepfake can also be used to duplicate voice and speech, and the words will fully match the facial expressions. Reproduction is accurate to the smallest detail, down to intonation and timbre.

This simplifies the process of selecting actors. If none is suitable for the role, the actor can simply be created using deepfake AI. But this is the perspective of cinema for now.

In advertising, deepfake is used more actively. For example, KFC has already stopped working with actors and completely switched to using the generated image of Colonel Sanders, the founder of KFC.

The technology is also used when translating commercials into different languages ​​- this is especially true if a well-known actor is filming in the video, and you need to do more than just translate. You need to make sure that the actor speaks the right language. Deepfake helps to do this without loss of time and cost overruns. A striking example is an anti-malarial video with David Beckham, which was translated into nine languages ​​using this technology.

Perhaps the most widespread technology has been received in the industry of computer games and augmented reality. Giving the character an individual look, the maximum personalization of the character will make the game more realistic.

The technology is applicable in several areas; its possibilities are wide and are not yet used to their full potential. For example, the same translation – is needed not only in advertising but also in public speeches by politicians or famous figures. Deepfake helps to “resurrect” dead musicians and make new videos. But, of course, most of these videos are purely entertaining.

If you are interested in deepfake AI, you can make an interesting video or photo yourself. To do this, you do not need to delve into the intricacies of creating or training AI – only use a specific program. Here is an overview of the most popular solutions in this area.

Deepswap.ai, supported by deepfake technology is one of the most popular tools used to create deepfakes. Most of the videos distributed on social networks are made with it. It has quite serious and professional face replacement settings, so it is perhaps the leader in its field. The tool is powerful and multifunctional. It is definitely worth a subscription and becoming a premium user of it.

Deepfakes web β is an online resource for creating deepfake videos. The tool is powerful. To process the video, it is enough to register and upload the video. Processing takes about 4 hours, but the power of your device is not required – everything happens in the cloud. If you use an already-trained model, the process is reduced to 30 minutes. However, it is not free.

FaceMagic is a popular face-swapping app using data science. With it, you can easily put your face on a famous meme or make a video or GIF. The program will repeat the facial expressions of the original, superimposing them on your face.

FaceApp is a deepfake app from Russian developers used to transform faces in a photo. With the help of the FaceApp editor, you can change the age or gender of a person, change his facial expression, apply makeup, and so on. It is a good option for those who want to try on different images but do not know how they will look. But it is only for photo processing.

How to Make a Deepfake?

Now you may wonder how to make a deepfake step by step? Here is a detailed tutorial of Deepswap.ai for you.

Next, click on the “Create” button at the top left corner. It will ask you to upload a high-quality image, video, or GIF you want to swap.

Now you need to add a face to your project.

Press the “Create” button. The tool will generate a deepfake video within seconds.

In the end, press the “Save” button to download the deepfake video.

Deepfake is an exciting tool that allows you to exchange the bodies of people, displaying their facial expressions, gestures, voice timbre, and intonation. This technology is being used for entertainment, Internet memes, the film industry, and fraud.

You can make a deepfake video yourself, using special software. Deepswap.ai is one of the best tools to create deepfake AI projects. I would recommend you to start your deepfake journey with Deepswap.ai – the best online faceswap tool.