What Are Positive Examples Of Deepfake? 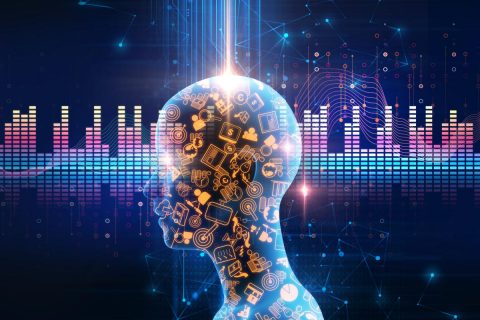 Deepfake does not have a single meaning that everyone accepts. Still, in general, it refers to the process of replacing a person in an existing video with a resemblance to another one. In its most basic form, a deepfake is a photograph, audio recording, or video that has been altered by means of machine learning and artificial intelligence such that it gives the impression of being something that it is not.

Deepfakes are not videos that have been altered by tools used for video editing. They are often produced by specialized software or algorithms using a combination of previously existing and freshly produced videos. These deepfake apps, which have their roots in machine learning, dissect the minute characteristics of a person’s face and learn how to change those characteristics depending on the specific circumstances of the video. After that, those changes could be incorporated into a second video, resulting in the production of an altogether new work.

The use of deepfake technology in educational settings has positive prospects. It can bring a new level of involvement to our history classes. It has the potential to save tales while also attracting attention. How? By using historical people as examples of profound fakes.

Hologram interviews, for instance, were developed in 2018 by the Illinois Holocaust Museum and Education Centre. Visitors would be able to engage in discussion and conversational activities with Holocaust survivors. They were able to interrogate them and listen to their tales. This form of virtual history might become attainable on a much bigger scale as the deepfake technology progresses in the coming years.

Another example of this can be seen in the company CereProc, which “resurrected” the voice of John F. Kennedy. Because of this deepfake, it was able to hear the late president make the speech he was about to deliver before he was killed. In this sense, deepfake technology might assist us in preserving the facts written in history books and the effects that historical events had on actual individuals.

The entertainment sector is home to many positive deepfake examples that may be used. The use of deep fakes may preserve character continuity. Take, for instance, the many instances in which a well-known actor has been lost to us.

Deepfake technology has the potential to fulfill the function of computer-generated imagery (CGI) by replicating the likeness of inaccessible historical performers. Therefore, the character doesn’t need to die along with the actor. Take, for instance, the reconstruction of the late Peter Cushing in Star Wars: Rogue One (2017). Cushing died away in 1994, yet the film was released in 2017.

Or you may think about the situations in which a character is required to be older or younger than their actor. Take, for instance, Princess Leia, the role that Carrie Fisher, who has now passed away, played. Even though the actress in question was unavailable, a younger version of her image was developed. This highlights another positive use of deepfake technology, which is the process of aging and de-aging.

The technology that enables deepfakes may be useful in several important ways to the medical field. To be more specific, it has the potential to improve data privacy while also contributing to the creation of novel diagnostic and monitoring procedures.

Hospitals can construct deepfake patients by using the technology that underpins deepfakes. That is, data on actual patients for use in testing and experimenting that is accurate but does not jeopardize the safety of actual patients.

Therefore, researchers may employ true-to-life deepfake patients rather than actual patient data to conduct their studies. This opens the door for exploring novel diagnostic and monitoring procedures to be tried. You could even teach other forms of artificial intelligence to aid medical decision-making.

Deepfake examples have the potential to be helpful in a variety of different types of training contexts. Training an artificial intelligence system involves massive amounts of data. Quite often, people have questions about the origin of this data. There is also the problem of algorithmic bias, which is generated when there is insufficient variety in the data.

However, with the help of deepfake technology, we can generate artificial data that is realistic and varied. As a result, the issue of having insufficient data for training could finally be resolved. Alternatively, think of any training that is provided to new team members. Training in providing excellent service to customers is one example.

There is a chance that one day we may be able to create deepfake virtual beings with a high level of realism. This may produce deepfake examples of actual customers. In this approach, you can teach your new team members without immediately subjecting them to real-life encounters with customers.