Microsoft vs Facebook vs Amazon: Who Will Win the Metaverse Wars? 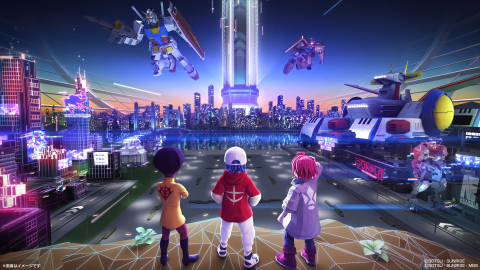 The metaverse is an attractive idea, a separate virtual reality where everyone can live their own fully customized virtual life. Although Facebook brought the concept to the mainstream, they aren’t the only ones who have been pondering building a metaverse. Microsoft,  Facebook, and Amazon are the top contenders right now to build a stable metaverse with Facebook taking a solid early lead.

We imagine the Metaverse as a collection of virtual artificially intelligent worlds, represented three-dimensionally. We move through them with an avatar, a figure that represents us. It is both “shared” and “persistent”: all participants in the metaverse are connected in real-time and can interact. The Metaverse remains constant, regardless of whether we are connected like virtual reality. Changes in the world affect all participants, like the real world and although it’s connected to the real world and can be influenced by real-world affairs, it is its own separate entity.

As Mark Zuckerberg pointed out during the Metaverse announcement in November 2021, the metaverse can contain an infinite number of worlds, some of the public, others with restricted access. It has a functioning economy – objects and services can be created, sold, or rented in the metaverse.

The idea is not new. A virtual world in which people can meet and interact, “cyberspace”, is what William Gibson described in “Neuromancer” in 1984. Neal Stephenson then invented the term “Metaverse” in the novel “Snow Crash” in 1992. The idea has emerged ever since again and again in science fiction, most recently for example in the book and film “Ready Player One”.

Games were an early incarnation of the idea – around 1990 the first “massively multiplayer online games” appeared, which already had some of the above properties: All players logged into the same game world, and changes in it were visible to everyone at the same time. Neal Stephenson was also inspired by such a game (“Habitat”).

But the metaverse is not a game, it contains games – and worlds that have to do with work. For example, we walk through a virtual aircraft that corresponds to a real one, shows us possible problems, and so we know more quickly where we have to replace which part in the real aircraft.

Today there are already countless virtual worlds in which millions of people meet, interact, buy and sell things every day – games like “World of Warcraft” or “Fortnite”, life simulations like “Second Life”, virtual sports worlds like “Zwift” or “Rouvy” or blockchain worlds like “Decentraland”. But: These worlds are silos, neither data nor virtual objects can be exchanged between them and they are 2 dimensional. In the metaverse, everything would be connected in a 3-dimensional virtual space.

Technologies that introduce us to the metaverse already exist. Google, Amazon, and Microsoft are building cloud infrastructure. Microsoft, Facebook, and Apple develop hardware such as virtual or augmented reality glasses. Accordingly, they have an interest in recognizing possible business areas for such a technology convergence early enough.

Nevertheless, you have to be patient a little longer. The hardware is still immature – VR  glasses to connect to the virtual world are expensive, large, and heavy, and often hang on thick cables. The problem of movement is still unsolved – how we cover great distances in the virtual world without bumping into the edges of a table or a wall in the real world.

Facebook has a solid lead in the tech industry having among the most user data of any company beyond Google, and owning VR headset company Occulus Rift. Its creation of virtual reality is kicking off hard and fast. Their ability to secure stable AI software may limit their ability to create a stable metaverse before their competitors catch up.

However, Microsoft’s CEO Satya Nadella stated in 2021 that the company was working on building an “enterprise metaverse” as the digital and physical worlds converge in its offerings. Microsoft, which owns Xbox and the world-building game Minecraft, is also a key player in the gaming world. Xbox director Phil Spencer has talked about planning for “a metaverse or mixed-reality construct using the Xbox network” as well as its exciting metaverse structures platforms like Minecraft. This could be a serious threat to Facebook’s metaverse should they fully launch. However, Microsoft seems more focused on the business aspects of the Metaverse than the recreational aspect like Facebook.

Amazon is the largest cloud computing software company in the world with a wide array of multimedia options and has the strongest potential for building a strong AI network, this has been proven with their Alexa software which has been among the strongest competitors in the AI assistant realm for multiple years. An Alexa AI-based metaverse could be the most convincing metaverse to exist. However, they are still lagging in the hardware department to make it possible.

Other notable companies such as Snapchat, Tencent, Epic Games, and more have announced intentions to enter the Metaverse realm. The competition is getting fierce and Facebook better watches out before they’re dethroned as the top dog Metaverse champion.