Is Reface APP Safe to Use? Deepfake Insights 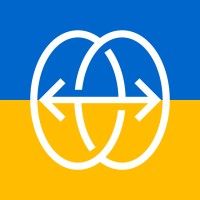 Face-swapping technology, or ‘deepfake’ technology, has recently taken the internet by storm. The technology of swapping one person’s face with that of another has been used for everything nowadays. Likewise, Reface is used for entertainment (such as hilarious memes) and is developed for Android by Neocortext Inc.

It’s no surprise that this deepfake app has recently gained popularity. But is Reface APP safe to use? Let’s take a closer look.

However, the fact that a viral program like Reface gets global almost raises privacy concerns instantly. Since the inception of the internet, the problem of personal privacy has been a source of concern.

Nevertheless, it’s a topic that’s been passionately contested in recent years. More and more individuals are concerned about how their personal data and information are being used by some online applications.

Naturally, it’s not always easy to tell which website is good and which is harmful.

Following are a few of the significant public concerns concerning Reface:

With the rise of deepfake technology, it was only a matter of time before someone created an app that would let users create their own fake videos. Here comes Reface, the deepfake app that is taking the internet by storm.

The results are often disturbingly realistic, and there is no way to tell if a video created with Reface is real or fake. This raises serious concerns about privacy and security. Because Reface could be used to create fake videos of people without their consent.

Moreover, there is no way to tell who is behind a Reface video, making it difficult to hold anyone accountable. In light of these concerns, it is clear that Reface poses a severe threat to our privacy and security.

However, the app has also been used to create fake celebrity videos and to blackmail unsuspecting victims.

In one case, a man used the app to create an intimate deepfake video with his ex-girlfriend. Later, he received death threats from his ex’s new boyfriend.

The app has also been used to create fake nude videos of celebrities, which have then been circulated online without their consent.

As a result, the Reface app has become a tool for fraud and blackmail. Hence, its developers need to do more to prevent the app from being misused.

In a political landscape that is already rife with misinformation, the rise of deepfake technology is a cause for concern.

Deepfake are recordings manipulated to make them appear as if someone else is saying or doing something.

In addition, Reface is one of the most popular deepfake tools.

Also, allegedly, it has been used to create fake videos of political leaders such as Nancy Pelosi and Donald Trump.

While deepfakes can be used for harmless fun, there is also the potential for them to be used to spread false information or to create political chaos.

Furthermore, in the hands of a skilled user, Reface can be a powerful weapon.

Lastly, as deepfake technology becomes more sophisticated, you should be aware of the potential risks and take steps to protect yourself from being deceived.

Reface app collects most of your data as per their privacy policy. This factor makes the situation a bit alarming for most of the public.

Also, you may be satisfied that your data is secure, but still, there is a chance of a hack or company going rogue. The following are the primary points of their privacy policy:

The Reface APP might have its own place, but some excellent alternatives do exist. These alternatives are much better and more secure in more than one way.

DeepSwap undoubtedly secures its own place and has revolutionized the ways of deepfake technology.

Similarly, with its simple interface and easy-to-use tool, DeepSwap makes deepfake creation accessible to everyone.

And thanks to its ever-growing technology of faceswap, there’s no limit to the possibilities.

The following are its significant advantages:

Whether you’re looking to create a convincing political parody or just have some fun with your friends, DeepSwap is perfect for you.

Deepfake is a new trend in face editors, and FaceMagic, one of the most popular face swap apps in the market, is leading the pack.

This deepfake app creates realistic videos and images of faces that can be used to create all sorts of funny or weird effects.

And best of all, it’s free! You can use FaceMagic to make funny faces of your friends, celebrities, or even yourself.

Just upload a photo and let the app do its magic. You can then share your deepfakes with the world or keep them to yourself.

Most deepfake videos you watch are created with DeepFaceLab. The software is open source and available on GitHub.

Similarly, it allows users to create deepfakes by swapping faces in images and videos. While deepfake videos have been used for entertainment purposes, this tool has also been used to create fake news stories and spread disinformation.

As a result, DeepFaceLab has come under scrutiny from lawmakers and experts, since they worry about the potential misuse of the software.

So is Reface safe to use? The answer is complicated. Deepfake insights and public concerns about privacy policies of refacing make it difficult to recommend it at this time.

However, the best alternative with more privacy is undoubtedly DeepSwap. We hope that in the future, Reface will find a way to better protect its users’ data while still providing a fantastic photo editing service.