How to Make a Taylor Swift Deepfake？ 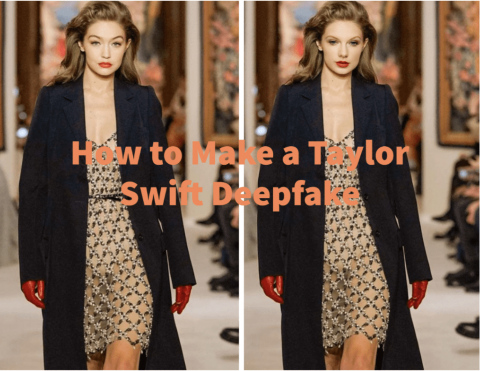 Taylor Swift is the rarest of the pop phenomenon: a superstar who managed to climb the social ladder crossing from the countryside to the mainstream. Since 2010, Taylor Swift’s songs have been popular all over the world, and even though more than 10 years have passed, Taylor Swift is still one of the most popular singers in the world. Recently, some fans have noticed that Taylor Swift’s IMDb page indicated she would appear as “herself” in a Grey’s Anatomy episode airing this year. But that credit has since been removed from her profile. Grey’s Anatomy is a medically-themed primetime series that is very popular in the United States. It has won several Emmy Awards. In fact, Swift’s love for Grey’s Anatomy is not a secret. There is no doubt that it will be a great surprise if Taylor Swift makes a cameo appearance in Grey’s Anatomy.

I created a deepfake photo of Taylor Swift playing the role in Grey’s Anatomy using Deepswap.ai. It looks amazing, right? If you want to make one too, here is the tutorial for you.

The Tutorial to Deepfake Taylor Swift

Next is the step-by-step tutorial about making a Taylor Swift deepfake using Deepswap.ai.

First of all, log in to the DeepSwap online site. If it is your first time using the site, please register first. Then click “create”, and enter the upload page.

Then, you need to upload a photo or video that you want to swap Taylor’s face with.

When the photo or video is uploaded successfully, you need to click “Add Face”, and upload a suitable face of Taylor Swift.

Select the face you want to swap, then click “create” to generate the final creation.

Here are other Taylor Swift deepfakes that I made using Deepswap.ai:

In this deepfake photo, we can see Taylor’s face fits so well with Wonder Woman.

Have you ever seen the kpop idol Taylor Swift? In the deepfake photo, Taylor is a real stunner.

Why Is Taylor Swift So Popular?

Taylor Swift is a very talented songwriter and her songs are personalized. You cannot listen to a whole album of hers while denying her talent in storytelling. Besides, she makes sure that listening to her music isn’t a unidimensional experience. She is very creative and artistic when it comes to visuals (music videos, album art). Taylor even won an Emmy for her interactive experience in Blank Space. Recently, Taylor Swift received an honorary degree from New York University and delivered a commencement speech to graduates at Yankee Stadium. She joked that she was likely to be selected to receive the honor “because I have a song called ’22′”, and advised the class “not to cringe away from cringe”.

I think that if an artist is talented, honest, has something to say, and always works so hard, he/she is bound to gain a solid fan base, which is the case with Taylor Swift.