How to Make a Deepfake Video 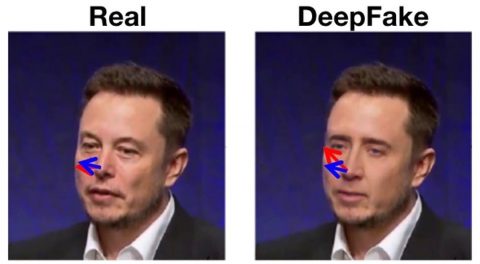 The “professional” deep fake video that is most popular online is the product of hundreds of man-hours and a ton of computing power. Most deep fake videos – at least the most compelling ones – can be created in one of the following three ways:

With this method, you feed thousands of photos of two faces into an AI algorithm called an encoder. The encoder then finds similarities between the two, things that are effectively the same. It then starts compressing the images.

This is where the second algorithm comes into play; it is called an encoder. And the job of the encoder is to restore the faces from the compressed files. That is to say, when you do deep fakes you use two encoders, one to restore one face and the other one to restore another face.

The magic happens when you feed the wrong face into the wrong encoder, that is, FACE A in encoder B and FACE B in encoder A. The encoder then reconstructs FACE A using the expressions and orientations of FACE B, but it has to do this on every frame in the video, so it’s insanely CPU intensive.

When creating deep fakes with a GAN, two AI algorithms are playing against each other, hence the term adversarial comes into play. In this process, an AI called generator is fed a random noise that is converted into an image. This initially completely random “image” is then added to a stream of real images – a celebrity in this context – called a discriminator.

Initially, the discriminator’s feed won’t look like the celebrity’s. It will be a mess, looks random, and unlike humans at all. But after a few hundred cycles, the AI ​​starts to work its magic, and eventually, you have a believable, realistic deep fake video. This method is also very CPU-intensive and has a high demand for expert knowledge and hardware.

As per Deepswap’s own site description “Deepswap.ai is an AI face swap website. You can swap your face or your friends’ face in any video, photo, or GIF you want in just a second”. PICK or UPLOAD any role you’d like to act, and upload a photo of you or your friend to start the magic.

Deepswap allows video alteration that redefines whatever content even after it has been filmed. The potential for video manipulation and character changes with Deepswap is unlimited; the Deepswap.ai can place Tom Holland in Wolverine, Jim Carrey in Hunger Games, or even you in the Squid Games!

This is by far the simplest and most convenient way for the general public to perform face swaps and make deep fake videos without having to spend hours learning how to code and process advanced algorithms with an expensive and powerful computer.

Using Deepswap.ai allows you to create high-quality deep fakes and face swaps with just about anyone yielding shockingly realistic results, all from just your personal device. All complicated processes are taken care of by the built-in algorithm. All you have to do is to find two pictures, upload them and wait for the magic to happen. We would definitely recommend you use Deepswap.ai for all your deep fake and face-swapping needs!

Deepswap has now become easier to create than it used to be in the past. With the above easy and user-friendly steps, you would be able to create deepfake projects of your own with little or zero knowledge of computer programming through deepswap.ai. And for a more detailed tutorial to make a deepfake video, please check this post: