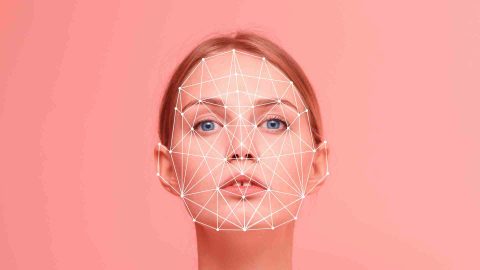 It is more difficult than ever to identify what is genuine and what isn’t since deepfake videos are becoming more and more complex. Deepfakes are materials that often take video form; however, they may also include audio.

What Are Deepfake Videos?

Deepfakes, a combination of “deep learning” and “fake,” are videos of modified media that employ AI or deep learning algorithms to produce audio or video that distorts reality. Artificial neural networks are used in the technology to produce very lifelike videos that show individuals talking or acting in ways they did not exist in reality. The best instances are videos with politicians’ statements inserted into them using machine learning.

What Are Shallow Fake Videos?

A shallow, fake video is a modified version of an authentic video produced to portray a distorted reality. This often involves selective editing, modifying the pace at which individuals speak or converse, and even altering the intonation to make it seem that someone is upset, inebriated, or making light of a serious problem when none of those things are the case.

How To Detect Deepfake Videos?

Without the proper tools, even professionals often struggle to identify deepfake videos. However, researchers have developed several recommendations that might assist common people in telling the difference between authentic videos and deepfakes. They claim that while attempting to determine if a video of a human person is authentic or fake, one should pay special attention to the face.

This is because effective deepfake modifications usually nearly include face changes. The cheeks and forehead are the parts of the face that need the most focus. Is the skin too wrinkled or too smooth? Is the skin’s age comparable to that of the hair, eyes, and skin? The researchers claim that DeepFakes are often incongruent on certain dimensions.

For seasoned deepfake spotters, the eyes and the brows may also be telling signals. This is because the researchers found that shadows in deepfake videos did not always appear where you would expect them to. They claim that Deepfakes often fall short of accurately capturing the scene’s natural physics.

Facial hair is another attribute that is a telltale sign. Deepfakes may create or remove a mustache or beard, but they often fall short of making the changes to the facial hair seem completely real. The same is true with facial moles, which often don’t seem realistic enough in deepfakes. A video’s authenticity may also be determined by the size and color of the lips.

Prevent The Spread Of Disinformation

Deepfakes were once the exclusive domain of state-sponsored institutions and agencies, multimillion-dollar Hollywood productions, and similar entities. By employing deepfake applications and websites, average internet users can now create deepfakes. Being able to spot them is more crucial than ever because of the meteoric rise in deepfakes in recent years.

A teacher may use deepfakes to help them offer compelling lessons. They would also transcend beyond conventional visual and media mediums. Synthetic media produced by artificial intelligence can make historical personalities come to life in the classroom. Lessons become more dynamic and interesting as a result. A voice-over and film of a historical person or a deepfake video of reenactments will make a bigger effect. It could boost participation and make for a better learning tool.

Deepfake can make pricey VFX techniques more accessible. It may also become a potent tool for independent storytellers for a small fraction of the price. The main ideas of humor or parody may be accurately realized with the help of deepfakes. These might be an imitation, exaggeration, distortion, or appropriation of actual occurrences.

Additionally, synthetic media produced by artificial intelligence has enormous promise. Opportunities in the entertainment sector may become available. Additionally, a lot of independent producers and YouTubers are making use of the chance.