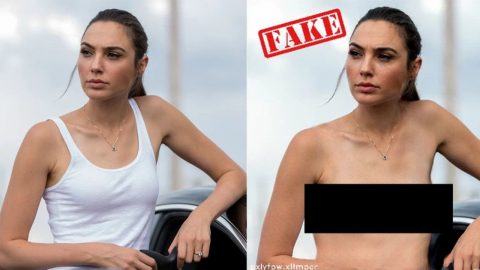 The world has become more entangled with technology than ever before. While this emergence can be a positive influence – the likes of Netflix, YouTube, AI, and social media for easy live-streaming and internet engagement, it is also responsible for multiple non-consensual sharing of abusive content such as sex videos and photos of innocent people.

The introduction of these abusive contents has led their victims into a state of fear, intimidation, and insecurity. The trend pushes toward women mostly, having their naked photos or videos in pornography without their consent. Popular celebrities like Angelina Jolie, Scarlett Johansson, Elizabeth Olsen, and Emma Watson have been repeated victims of deepfake pornography.

What is deepfake pornography?

In 2019, the Deeptrace report showed that 96% of all deepfake videos online are pornographic, and these videos show the faces of public figures who had worked to build a reputation. The more its engagement, the easier it features in Politics, Hollywood, and so on, which is more likely to be dangerous.

The use of non-consensual sexual explicit content is illegal, the law frowns at it. The increase in this perpetration is causing the government to pay attention to its activities. Deepfake pornography of innocent people has created severe abuse, harassment, social defamation, humiliation, damage to reputations, and caused mental health.

Importance to spot a deepfake

It is obvious that deepfake pornography is mainly against celebrities and this has featured actors and actresses, including politicians, in many sexually explicit contents online. The world today relies on the internet for information, but deepfake content has begun to influence people’s minds on what they read, watch and share online.

How to spot deepfake pornography?

Misrepresentation of people’s identities on the internet needs to be regulated. The government and big tech companies need to take social steps that will protect people from deepfake pornography. An example of this is seen in the United States when California stated that the creation and spread of non-consensual content are illegal.

In addition to this, there’s a need to increase public awareness of the possibilities and threats of deepfake pornography. People must understand that whatever content they share online can be used against them. This will control and reduce the kind of photos and videos people share online. It will eventually reduce the danger and widespread use of fake news.

If properly regulated, it will reduce the harm and danger it poses to people. Deepfake pornography should be addressed by defamation laws and the more it attracts legal interest, the easier it will become to control the abuse.