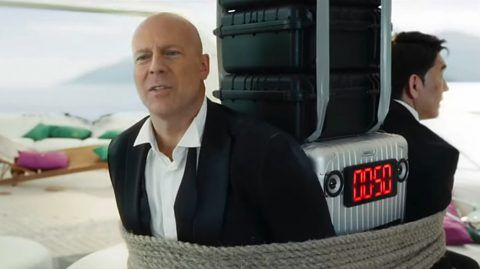 Despite recent internet rumors to the contrary, Bruce Willis did not sell his rights to a deepfake company. According to The Telegraph, Willis made history by becoming “the first Hollywood actor to sell his rights to enable a ‘digital twin’ of himself to be produced for use on film.”

While the deepfake company Deepcake developed a “digital twin” of Willis to be used in a commercial for Russian telecom company MegaFon, Deepcake does not possess rights to Willis’ picture — or to the “digital twin.”

“There is no collaboration or arrangement between Bruce and Deepcake,” Willis’ spokesman said. According to a Deepcake spokesman, “the rights to Bruce Willis’ image and to his Digital Twin remain to Bruce Willis and to him alone.”

Deepcake is an AI-powered content production company that uses celebrities‘ resemblance to generate “digital twins,” although they do not own the rights to these “digital twins.” “One receives their own totally exact ‘digital twin,’ which may replace them anyplace — on their own choosing,” the representative continued.

According to Deepcake, studio collaborated with MegaFon on an ad campaign featuring Bruce Willis Deepfake in August 2021. Deepcake never worked directly with Willis’ team and never agreed to utilize his “digital twin” for any extra purpose.

“Our engineers analysed a collection of 34,000 photos of Bruce Willis and created his ‘digital twin’ for the series of MegaFon advertising,” according to a spokesperson. “In the official MegaFon media statement, Bruce Willis, whose bilateral contractual partnerships with MegaFon Deepcake is unaware of, liked our service and hailed it as ‘a really novel and exciting experience.'”

Willis stated at the time of the release, “I appreciated the accuracy with which my character came out.” The advertising is a short video in my regular action-comedy style. It is a fantastic chance for me to go back in time. With the advancement of contemporary technology, I was able to communicate, work, and participate in the shooting even while I was on another continent. It’s been an exciting and novel experience, for which I applaud our whole team.

In March, Willis’ family members issued a united statement on the media announcing the actor’s retirement due to aphasia diagnosis. A linguistic condition caused by brain injury that impairs communication.

According to the statement, as a family, we wanted to let Bruce’s amazing followers know that he has been dealing with health issues and just received a diagnosis of aphasia, which is impairing his cognitive abilities. As a consequence, Bruce is leaving the profession that has meant so much to him after careful contemplation.

But why go to such lengths? Why employ a Russian deepfake expert instead of the great man himself? There are two causes. First, we’d imagine obtaining a digital Willis is significantly less expensive than shipping over and shooting the real deal. Unfortunately, Willis was diagnosed with aphasia, a linguistic impairment that causes difficulties reading, listening, and communicating.

Willis and his family announced in March this year that he would be “moving aside” from acting, ending his 40-year career in over 70 films and TV programs. But make no doubt about that. Willis is pleased with the outcomes of this official. Of course, the implications are huge. We’re not just talking about Bruce Willis Deepfake featuring in more commercials.

Identical technology might save celebrities time and effort by allowing their resemblance to bear the load and earn money. Why not make five films at once? In places, they’d rather not go. Or turn away from a position they may be thought too old for, allowing their ageless image to continue paying them, and the franchise’s owners, great cash in perpetuity.

There is no need for a James Bond handover or a Dr. Who regeneration. And, of course, the specter of ‘raising the dead’ will appear sooner or later, as the owners of rights to likenesses of individuals long gone may soon be contacted to let our old favorites return to our screens.

Imagine multi-generational, inconceivable, time-bending casting in which today’s stars brush elbows, swap jokes/kisses/punches/whatever with superstars who are no longer with us. Consider sequels to beloved classic films that were never made at the time becoming realized. And all with the whole, original cast, free of personality disputes, missteps, or paychecks.

Bruce Willis Deepfake, and After That?

If it’s this simple to build a flawless human image, why should it be based on a real person? Why not take out the middleman or woman – i.e., the owner of the likeness – and manufacture your own star, as gorgeous and talented as you can dream, and pay them exactly zero?

Who needs actual actors, singers, and performers? The age of the AI influencer has arrived. The era of the too-real-to-be-true virtual TV, movie, and music star begins now.