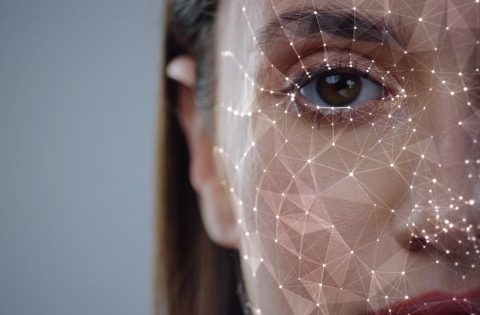 Deepfakes are one of the most singular phenomena that have emerged in the realm of synthetic media over the course of the last five years. While many people are concerned about this new technology, others have already worked out how to put it to good use. It is time to have a better understanding of what precisely deepfakes are and what it is about them that makes them so important in today’s world of advanced media technology.

Synthetic Media and Its Market Landscape

Content that was created or edited by AI is referred to as synthetic media. People who used conventional forms of media had to rely on broadcasting and social networks to develop and disseminate their own content. This way of obtaining information was accompanied by several limitations, all of which were mitigated by social network development.

Material makers now have the ability to generate content at a high level of quality that was previously only accessible to huge studios with enormous budgets, all because of the advent of synthetic media. AI content can be produced more quickly and at a lower cost. However, this new tendency brings up several ethical considerations that must be addressed. They can all be boiled down to a fundamental issue: how to differentiate artificially generated material from the real stuff.

Meanwhile, movie studios, video bloggers, and the education sector are already enjoying the advantages of this technology. As the IT community and legislators work to develop appropriate laws. Recent research conducted by Samsung Next provides an in-depth examination of the industry environment as it now exists for synthetic media. The following is a list of the primary media industries that are being shaken up by this developing technology:

In a nutshell, deepfakes are several images and sound synthesis methods powered by artificial intelligence. They are used to join and superimpose unique material with pre-existing photographs, videos, and soundtracks.

Most deepfakes generate this kind of information with the help of generative adversarial neural networks, often known as GANs. A portion of the algorithm is designed to learn from actual media content. It produces a picture that literally “competes” with the second algorithm component until it begins to confuse created copy with the original.

The first step is to load the character’s original video or speech into a neural network. After that, the transformation can begin. The GAN and autoencoder algorithms study the subject’s facial expressions and focus on their primary aspects.

Using a GAN in conjunction with an autoencoder enables the algorithm to produce false pictures to the point that it can no longer differentiate them from the real ones.

The use of deepfake has the potential to drastically cut production times and expenses while also assisting in taking the business to the next level. To sum things up, the following are some of the most important selling elements for production studios:

The need to bring real actors into the studio for live filming sessions is eliminated. The ability of artificial intelligence systems to construct full scenarios complete with actors.

It is possible to complete re-recording and extra dialogue replacement without the participation of performers.

Use of digital avatars:

When they have been established, virtual characters have the potential to operate customer service, a reception desk, or function as a chatbot, so improving the level of client interaction.

Voice synthesis makes it possible to rapidly replicate audio records in a variety of languages while maintaining the authenticity of an actor’s natural voice. The end product gives the impression that the actor is speaking a foreign language with their mother tongue, even if they communicate in a foreign language.

It is simple to feel powerless in the face of the arrival of this new age of artificial media. To acquire the impression that this trend cannot be reversed. However, if you successfully ride the wave of the trend and make the most of the new chances presented to you to advance your projects and your company, you will be years ahead of the competition.